Opening Hours : Monday to Friday - 8am to 5pm 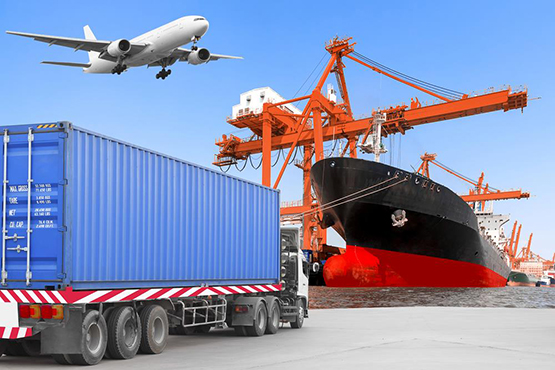 INTRODUCTION
Shipping has for a long time been recognized as one of the strong catalysts for socio-economic development. Back in 1776, Adams Smith noted that ’’A business working in a country town without links to the outside world can never achieve high levels of efficiency because its small market will limit the degree of specialization”. Because distances, it has since the ancient times been at the fore front of opening up of the world and thus a major driver in of the process of globalization. Shipping, especially container shipping has been both a cause and effect of globalization. Container shipping could lay claim to being the world’s first truly global industry. In fact container shipping could claim to be the industry which, more than any other, makes it possible for truly global economy to work, it connects countries, markets, business and people, allowing them to buy and sell on a scale not previously possible. It is now impossible to imagine world’s trade, and ultimately our lives as consumers, without container shipping. Shipping has led to a phenomenal growth in world merchandise trade, which has consistently grown faster than output. In 2006, goods loaded at ports worldwide are estimated at 7.42billion tonnes, up from 5.98 billion tonnes 2000. The value of total world export increased from US$6,454 billion in 2002 to US$40,393 billion in 2005 representing an increase of 64 per cent.

THE GLOBAL EVOLUTION OF CONTAINERIZATION
According to Kummi (2007), before the advent of containerization, most general cargo was shipped in loose form. This each item had to be packed and stowed into the Ocean Liner. This was a highly labour-intensive activity that was slow, expensive and difficult to execute. It also exposed cargo to the risk of damage or pilferage. As a result, ships spend two thirds trading life in ports and cargo handling costs had escalated to more than one –thirds of the total costs of the ships-owner. Liner shipping was headed for bankruptcy and the need to find an urgent solution became imperatives. The introduction of containerization mid – 1970’s changed everything, and launched liner shipping into a revolution that continues to shape the industry.

SHIPPING TRADE IN NIGERIA
Commentaries have over the years been given about shipping trade in Nigeria. Most of these works are focused on selected and diverse aspect of maritime practice in as it affect the growth. We have such central theme relating to the roles of the National Maritime Authority (now NIMASA) and the effectiveness of shipping policy decree 10 of 1987, the function of the Nigerian Ports Authority; problems and prospect of the shipping industry in Nigeria among others. No previous work has actually gone extra mile of attempting to bridge the yawning gap among the maritime regulatory agencies in Nigeria such as the Nigerian Ports Authority (NPA), Nigerian Shippers’ Council, Niger dock and the Nigerian Maritime Administrative and Safety Agency (NIMASA) among others to the effect of making them a functional. Whole capable of evaluating shipping trade in Nigeria to international standards. Nigeria possesses the geo-political and demographic potentials of a major maritime power yet the industry continue to suffer degradation. Iheanacho (1997) enunciated some strategies towards the development of the shipping industries in Nigeria. His main focus was on the shortcoming of the Decree 10 of 1987 which vested policy implementation on the National Maritime Authority (NMA now NIMASA). In his view, the shipping policy is rather too deficient in scope and coverage to make any meaningful impact on maritime transport and trade in Nigeria. He sees it as not protective enough of indigenous interest especially in the area of cabotage and government assistance to indigenous operators through subsidies for the acquisition of new tonnage or ships. Aluko (1995) focused her discourse on the development of Nigeria’s shipping industry in the context of vision 2010, an agenda constituted by Nigeria’s Late Head of State General Sani Abacha to chart a new socio-political and economic direction for Nigeria in the 21st century. Ja’afaru (2001) in examining the future’ of Nigeria maritime industry observed among other things that Nigeria requires a well articulated maritime law and policy constructed to encourage and foster economic growth and development. Oyedeji (2004) in his write-up is also of the opinion that for a greater impact or relevance in the maritime sector to be achieved the nation must embark on a more elaborate shipping policy which should encompass the development of maritime capacity building in line with the trends of the world’s maritime growth taken into consideration the relevance of the shipping globalization. The oil and gas operational technology also requires a lot of security and safeguarding.

IMPORTANCE OF SHIPPING TRADE IN NIGERIA’S ECONOMY
Balarabe (2004) believed that perhaps unlike any other country, the maritime industry on a global level provides a horde of opportunities for investment. First and foremost it has served to stimulate import and export trade by way of providing surface transport through which goods are moved by sea on a massive scale. Indeed, since the arrival of Johnl d’ Averino, the Portuguese explorer at the Benin River in 1485, trading contact by sea had been established between the Europeans and the West Africans sub region and Nigeria in particular. The obnoxious trade in Africa, the slave trade would have been impossible on the scale it was carried out but for the usage of the sea routes by ship. Shipping trade also made it possible for the Colonialists to establish a firm hold on settler economies such as the South Africa where in 1627 the Dutch explorer Jan Van Riebek and his successors ensured that the natives continue to serve as cheap labor in mines and plantations. This agente di borsa says nevertheless maritime (shipping) trade has played a major role in Nigerian economic development. It account for instance for about 95% of the vehicular mean’s of Nigeria’s international trade. Besides, it has also acted as a cardinal force in Nigeria’s attempt to correct her trade imbalances with the industrialized nations of the world. Indeed since becoming a signatory to the UNCTAD code for liner conference in 1975, a number of bilateral and multilateral maritime agreements have been entered into by the Nigerian Government and this to a large extent has aided the sector in the movement of cargo in and out of the Nigerian shores. According to Olokoba (2006), maritime business has helped the process of diversification of Nigeria’s economy and has continued to provide employment opportunities to Nigerians as crew staff, mariners and dock workers in addition to various practitioners among which are freight forwarders. In fact for as long as it existed, the Nigerian National Shipping Line (NNSL) not only provides employment to Nigerians but also serve as a pool or training ground for majority of the master mariners and other experienced professional people in Nigeria’s maritime sector up till today. The need for adequate training and re-training of personnel for the industry also culminated in the establishment of the Maritime Academy of Nigeria (MAN) at Oron. It has also led to the training of seafarers outside the country by states government in Nigeria. Maritime transport also generates the much needed foreign exchange to the Nigerian economy. This is in the form of ship repairs, levies, taxes and port fees and charges among others. The Nigerdock for example though has not been known to have built an Ocean-going vessel, but has been meaningfully engaged in the repairs and maintenance of ships and the construction of ferry boats all of which constitute an integral part of maritime transport. Besides it is the official policy of the Nigeria Administrative and Safety Agency to collect a levy on the gross freight from any vessel that calls at the Nigerian Ports for export and import purposes.

The rational behind this is to boast Nigerian merchant shipping fleet for the sake of effective lifting of her share of cargo. Whether this purpose was ever achieved through the disbursement of the Ship Acquisition and Ship Building Fund (SASBF) is another matter entirely. Since 1958 when oil was discovered in commercial quantity at Oloibiri, Nigeria’s Oil Terminals such as in Bonny, Escravos and Forcados have continues to play host to oil tankers of various profiled and sizes, crude oil has since displaced agriculture as Nigeria’s economic mainstay accounting as it were, for about 85% of Nigeria’s total export. Even though crude oil export has served to boost Nigeria’s external reserves and buoyed the economy, the total exclusion of Nigeria’s indigenous carriers from the lucrative trade has been a subject of heated debate between the maritime practitioners and the federal government. Igbecha in a study (2004) revealed that Nigeria loses about $800,000,000 (Eight Hundred Million US Dollars) annually as a result of non involvement of indigenous carriers of crude oil. Even cabotage activities involving movement of shore oil prospecting and drilling equipment are still controlled by foreigners thereby denying Nigeria maritime sector and the federal government a lot of accruable revenue.

Maritime transport however, has provided opportunity for inland waterway transport, coastal and high sea trading and has also made it possible for Nigerians to develop the skill for fish and shrimps trawling enterprise. In a word, maritime transport has engendered employment for a sizeable number of Nigerian in various maritime related occupations. It has accounted in part for the urbanization and industrialization of the nation as well as giving a boast to Nigerian’s trade and commercial relation with the outside world. A coastal national without security consciousness is a susceptible to attack from the seas. Maritime transport however, made it imperative for the establishment of one of the most sophisticated naval force in the west Africa sub-region. The letter carries out security surveillance of Nigeria’s territorial waters and serves as a shied to merchant trade and distress. Besides, the protection of maritime pollution is closely monitored especially with the current rolls of NIMASA (formerly NMA) in pollution control activities and surveillance. Without any incline of a doubt, maritime trade has played a crucial role in Nigeria’s economic development but such roles could be largely improved upon if and when various maritime agencies such as the Nigerian Port Authority (NPA), National Maritime Authority (NMA now NIMASA), Shippers’ Council, Nigerdock among others, work closely with one accord to better the lot of the industry in Nigeria.

However, oil companies own and manage major pieces of critical infrastructure that are vital not only to company operations but also to the nation’s economic and military well-being. Upstream, midstream, and downstream operations are valuable targets for cyber threats from adversaries with a variety of motives—from personal profit to industrial espionage to economic disruption. Due to the critical nature of these facilities, oil companies also face stringent cybersecurity regulations. At https://www.fortinet.com/solutions/industries/oil-gas these critical infrastructure and assets will be protected against cyber threats through an end-to-end integration.

The effects of Lagos traffic congestion to businesses

Why You Need a Professional Food Export Service in Nigeria

How to reduce Haulage Cost in Nigeria

Get an idea of your fee and payments...